While the transport and logistics industry was traditionally defined by trucks and infrastructure, recent improvements in the technology that drives the entire industry mean that the sector has had to undergo some major changes. While some of these changes have caused disruptions in the industry, there have also been several major benefits. In this article, we will explore three ways that technology has transformed, and continues to impact, the industry. Being able to transport goods quickly and at a reasonable cost can mean the difference between success and failure for many businesses. For this reason, advances in rail transport technology have made a huge difference in markets that use these systems as the primary way to transport goods. One of the most notable regions to embrace this technology is China, builders of the largest high-speed rail system in the world.

According to a report looking at the effect the implementation of the high-speed system had on the Chinese economy, research shows that not only did the system enhance the competitiveness of the entire railway sector, but it also created an incentive for alternative transport industries to improve their own service offerings. Broadly speaking, technological improvements in just one sector had a knock-on effect on the country’s logistics industry which led to efficiency gains for the entire society.

Advances in technology have also opened up the transport sector to smaller companies that, in the past, would never have been able to compete with organisations with bigger budgets who could afford to hire and manage a fleet of vehicles. Services like Shift.Online, a company that specialises in offering moving services to the everyday person at a reasonable rate, are only possible thanks to the invention of, and continued work on, mobile applications that connect independent drivers to clients in their area.

Operating similarly to e-hailing services like Uber and Lyft, drivers can sign up to be a Shift driver but they are not officially employed by the service. This allows the company to cut costs, allows drivers the freedom to take work when they need it during the hours that are most convenient for them, and gives customers access to a bigger pool of drivers than would be possible at a traditional moving company.

One of the biggest improvements technology has made on the entire transport and logistics industry can be attributed to improvements in tracking and telematics systems. Being able to track a vehicle from its point of departure to the point of delivery, with detailed information available regarding every aspect of the trip from average speed to the route they took, allows businesses to better manage the entire process. The built-in telematics software that is present in most tracking systems also makes it easier to track a fleet’s maintenance needs which can result in fewer breakdowns and extend the life of the vehicles in the fleet.

Many insurance companies are starting to see the benefit of these types of systems and many now offer companies who use these solutions discounted rates and other perks, ultimately ensuring that more businesses embrace the technology which in turn drives innovation.

These are just some of the ways technology has already transformed the transport industry but the possibility for innovation means that this is only the beginning. From self-driving cars, to drone delivery services, and more, the Fourth Industrial Revolution is sure to result in numerous changes in the way the world transports both goods and people. 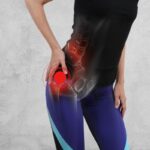