What good is any currency if you can’t actually use it to purchase stuff? While Bitcoin has until recently been seen mainly as a major cryptocurrency investment and the focus has been put on how handsomely that has paid for now for early investors, it seems that mainstream payment facilitators, service providers, and even banks are fast waking up to handling Bitcoins as they do regular currencies.

Is it just a matter of time before you can open a bitcoin bank account at your local bank? It could very well be. Here are seven other mainstream platforms you didn’t know are gearing up to be Bitcoin-ready or are already happy to accept your valuable virtual currency.

In a move that will make it easier for you to pay with Bitcoin at mainstream retailers, Coinbase is rolling out a PayPal-ike service of its own. Coinbase Commerce will be seamlessly integrated into merchants’ check-out systems or added to their e-commerce portals so you can pay with Bitcoin and a number of other virtual currencies.

If you’re a Windows user, you can use the cryptocurrency to pay for games, apps, and movies in both Windows and Xbox stores. The same is true of Microsoft online stores. Trust Bill Gates to lead where the rest of the world follows. In Buenos Aires, you can use Bitcoin to pay for any Eat Fresh product in Subway restaurants. It’s not clear if this will be rolled out to franchises across the world, but we’re betting that’s the case.

Need to book your next holiday? Expedia, one of the largest global online travel booking agencies, now lets you pay for hotels using virtual currency. Like Barclays, they’ve teamed up with Coinbase. At the moment you can’t book flights or related travel incidentals or activities with the virtual currency, but it seems like only a matter of time before this happens.

There’s no shortage of casino and online gaming fun either, with new entrants such as Fortune Jack joining the party all the time. On it, you can pay for casino, dice and slot games with not only Bitcoin but a whole host of other cryptos too.

CheapAir picks up where Expedia left off and offers cryptocurrency as one of their payment methods. You can book both local and international flights, making this travel company the only one to do so for airplane tickets.

If the seller is not Newegg itself but merely using Newegg as its sales platform, you may not be able to use Bitcoin either. Still, that leaves you with plenty of toys to p(l)ay with.

Like a spider, Bitcoin is weaving its global nest.

WBC Homes And The Difference Between Metal Roofs And Asphalt Shingles
Next Post: Dan Purjes On The Past, Present, And Future Of Solar Technology 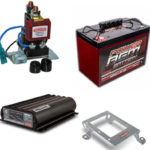