Chris de Diego is a bit of a marketing and NFT expert. He spends his professional career as a marketing consultant for businesses while he spends his free time collecting NFTs and researching the blockchain market.

There have already been major breakthroughs, and we’ve seen countless businesses use the technology for advertising, marketing, and much more. There’s no way to tell where the tech will go in 2022, but experts like Chris de Diego have their finger on the pulse and may have an idea.

I actually had the chance to sit down with Chris de Diego and ask him what he thinks 2022 has in store for Blockchain and NFTs. I’m here to share that interview with you, so enjoy!

Which NFT projects are you, Chris de Diego, looking at with great excitement for 2022?

Oh wow, there are so many great projects. Lucky Block is dropping a whole collection of NFTs that I have my eye on. After all, it’s such a great altcoin. Silks, of course.

There’s no denying that horse racing is one of the most popular pass times globally, so I think it’s pretty awesome that they’re capitalizing on its popularity. It’ll be one of the first branching moments between real life and the virtual world.

Speaking of the virtual world, do you expect any meta verses to take off in 2022? Will we be living virtually? How will NFTs come into play here?

Well, I expect Facebook to really start pushing for it; after all, they seem to be going in that direction. I think virtual technology has to come a little further than it is before we see the metaverse take off.

The metaverse will be in full swing once we can go to Walmart and pick up a VR headset for $50. I think NFTs will play an enormous role in it; anything we own virtually will likely be minted on the blockchain.

We’ve already seen a lot of big brands release NFT projects. Mcdonald’s, Taco Bell, Nike. Do you think this will continue through 2022?

What kinds of projects are those influencers releasing? Mostly art? Do you think anyone will go beyond art in the NFT world this year?

Yeah, it’s been mostly art, you’re right. Well, the projects I’m interested in are far beyond just art. Silks, for example, you’re practically buying a racing horse that you can take care of and win money off of when its real-world counterpart performs well.

Let’s talk a little bit about key blockchain technology beyond NFTs. Do you think 2022 is the year it takes off?

I’m a huge believer in blockchain technology. I think we’re going to see it penetrate many industries. I mean, it’s one of the most secure technologies in the world.

Is 2022 the year we will start seeing real estate contracts minted on the blockchain or banks storing user data there? I don’t know, but I know it’s coming.

Dan Schatt Offers a One-of-a-Kind, Social-First Crypto Marketplace in 2022
Next Post: Why an Accessibility Overlay is a Must-Have for Your Website 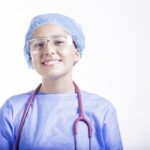 The UK is home to some of the most prestigious … 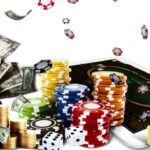 Are you well known for making money online from … 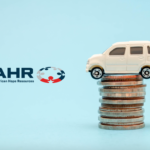 Summer is coming again, and with it, many people … 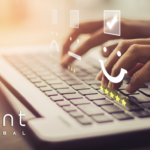 While getting customers is important, ensuring … 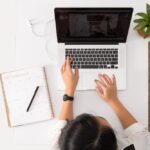